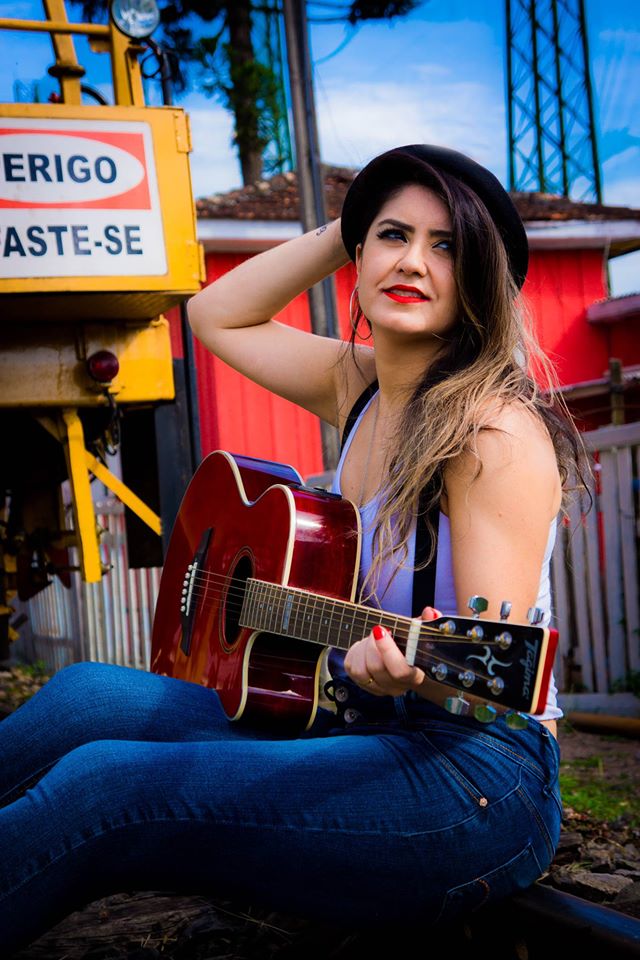 Michele Mabelle is from São Paulo, currently living in Curitiba, singer songwriter and instrumentalist of the new generation of young Brazilian artists.

Her musical style ranges from rock, folk, country and blues. She performed and worked with important names in Brazilian music and stood out as one of the main names in the authorial scene in Paraná. Her first official work is the single “Linha Reta”, a poetic song written by the singer. Today Michele presents her new project called Monobana, One Girl Band or Woman Band format, playing several instruments at the same time, songs in the folk, rock, country, blues style in acoustic format. Her work values and reaffirms the female presence in the music scene, she has performed at the main festivals and concert halls in Parana, including the II Monobandas de Morretes festival, which takes place annually with performances by monoband artists from all over the world. Music is in her life since she was 9 years old when she got her first guitar. She started in gospel music and then as an adult she found herself in Folk Music with a  popular footprint standing out in her musical lines compositions.