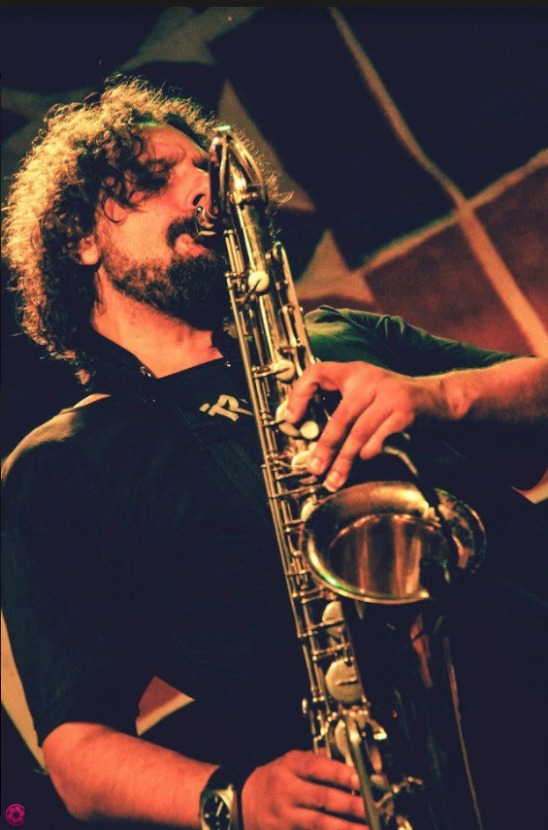 Mauricio has been part of several workshops in Porto Alegre, Brasília, Sergipe, with renowned musicians such as: Carlos Malta, Paulo Moura, Hermeto Pascoal, Wladimir Latoada Filho, Kith Wonderwood (USA), Celso Wontzenloguel. He participated in several instrumental and original works of different genres (Flamenco, Jazz, Rock, Blues, etc.) at music festivals in Porto Alegre, Sergipe, Salvador and Uruguay. In 1994, he was part of the 22nd CINEMA FESTIVAL OF GRAMADO, as author of the soundtrack and sound technician for the short ESPERANÇA. Mauricio performed in several events accompanied by pianists known to the gaucho public, such as Michel Dorfman, Eduardo Trein Yeguer, Daison Flach, Dionara Schneider, Vitor Peixoto, Renato Borba, Denizele Cardoso. He has performed in concerts and in studio with original groups from Rio Grande do Sul: Léo Monassa, Banda Guará, Velho Hippie, Sopro Cósmico (instrumental music band touring the festivals, including 2013’s Psicodália – in which it was considered a revelation band, and 2014). Mauricio is also a talented photographer and film producer.

He is currently dedicated to the study of wind instruments,  recordings and gigs. 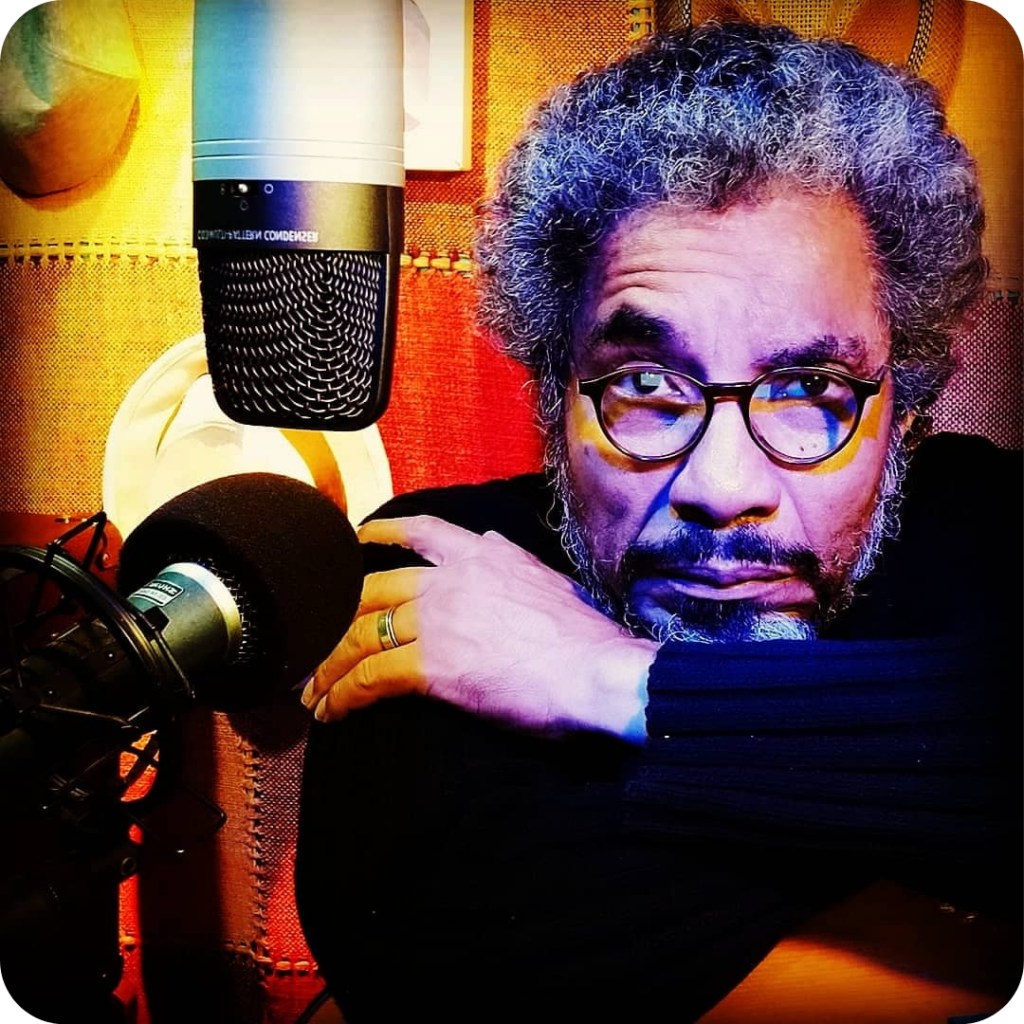 Jaime Santos is a popular musician and composer. He has been working with music since 1982, but professionally since 1994. He has always worked with his voice and his guitar, he has taken several music and instrument courses, always with the popular guitar. It also participates in several interpretation festivals and curricular festivals where they study with the best teachers of Brazilian Popular Music (MPB) across the country. Gained experience in project management, pre-production, music production, popular and aesthetic stage. Thirty years on the musical road. Born in Porto Alegre, Jaime Santos lived in Florianópolis and now resides in Londrina, in the north of Paraná. 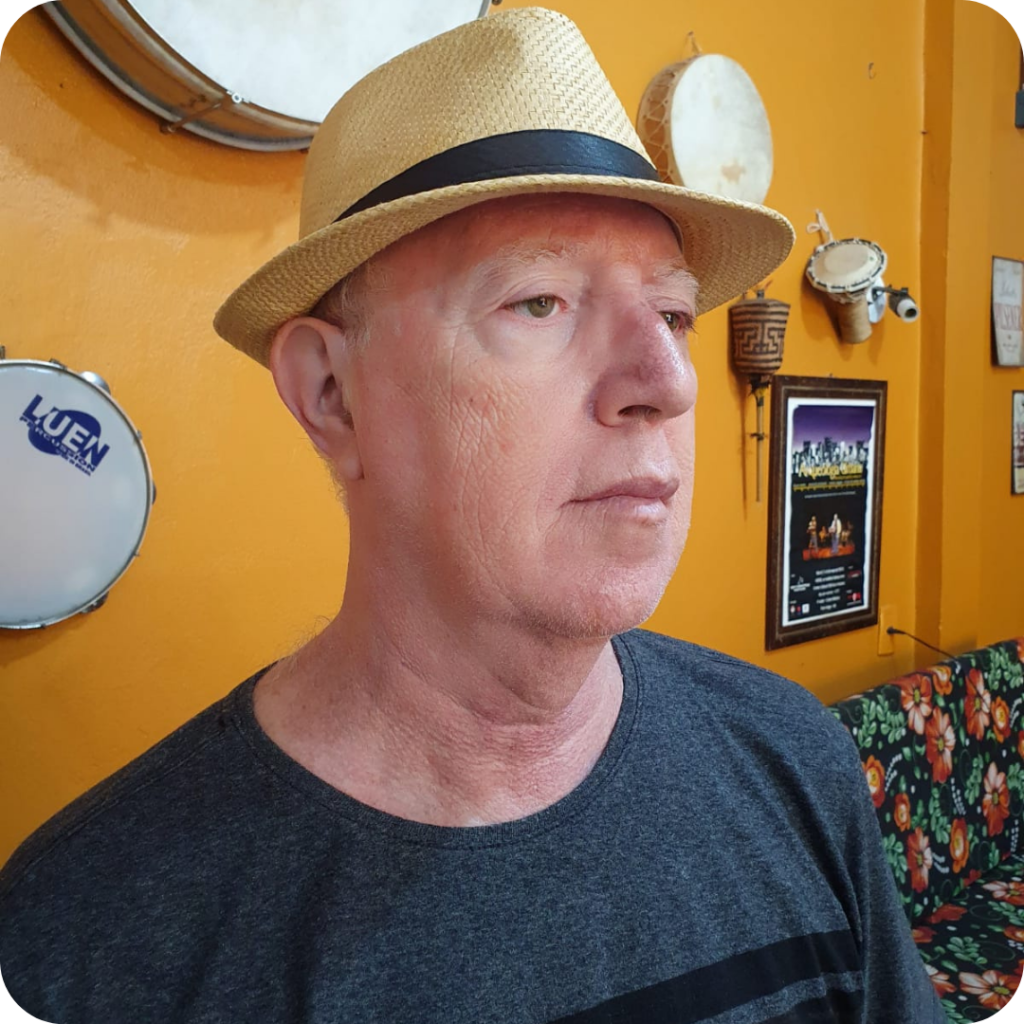 Paulo Ricardo Marques Accurso – Coming from a musical family, encouraged by his father, at the age of 4 he was already playing some samba instruments. In his teens, samba, rock and Caribbean rhythms were his main influences until he was introduced to the chorinho. After this the relationship with the tambourine was born. Playing the tambourine he performed at the Catedral and Tempo Alegre Regionals events, invited to play at night Portalegrense accompanied the main chorões. Knowing the techniques and instruments of Caribbean music and Brazilian folklore was invited to play in the Eintrascht Symphony Orchestra for 12 years, he did exotic and general percussion. He wrote seven musicals, Vozes da Natureza, in partnership with Mauro Harff, which achieved greater popularity. 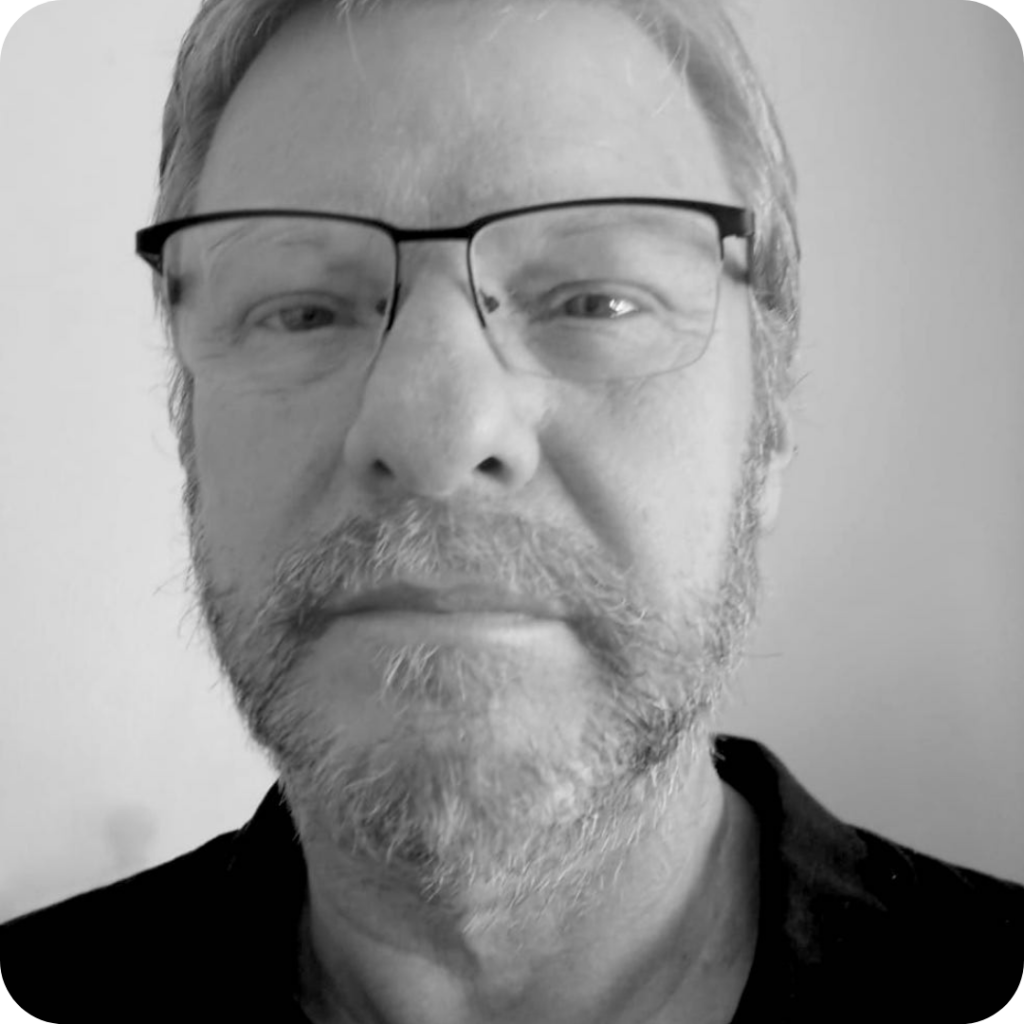 Roberto Wagner Teixeira was born  from a family of musicians. His father was Mandolinist and his mother a pianist. He was influenced by classical and Brazilian popular music. In his youth he listened to rock, jazz, blues… but it was bossa nova and chorinho that focused his studies. Performed in traditional places such as Clube dos Flautista and Regional Tempo Alegre events. Roberto did solo performances in Porto Alegre – Brazil and festivals. Multi-instrumentalist, arranger, composer and music producer, he uses six and seven-string guitars, cavaquinho, mandolin, guitar, electric bass, keyboard and percussion as tools to express his inspirations. Roberto has an extensive  repertoire of Brazilian popular music. For his cultural work, he has received Honourable Mentions as a musician from cities around Brazil.